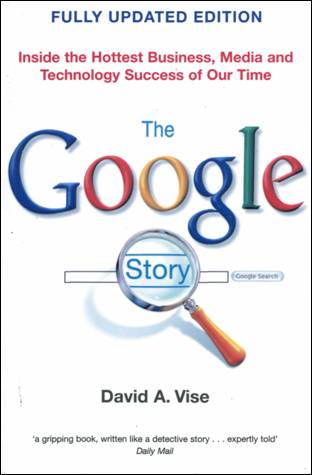 Afterthought: I read the book in 15 hours straight and liked it immensely. It is not the kind of book that is sophisticatedly written nor literally rich, but the kind that is mentally stimulating and at times, humbling. I liked how the author ‘humanize’ the two google guys (which are my new idols! :D) although they are arguably two of the most brilliant people around. And i really like the idea of ‘Don’t be evil.’ As naive as it may sound, I have always thought that there are certain things and values in life that one shouldnt sacrifice or give in to while chasing after that thing we put under the sugar-coated umbrella term called Dreams. I also learned that standing your ground often has to be done in a way that will eventually lead to a certain degree of compromise between holding on to your principles and being realistic.

And finally, be creative, be foolish, be unconventional, be playful. A little bit of mischief can go a long way.